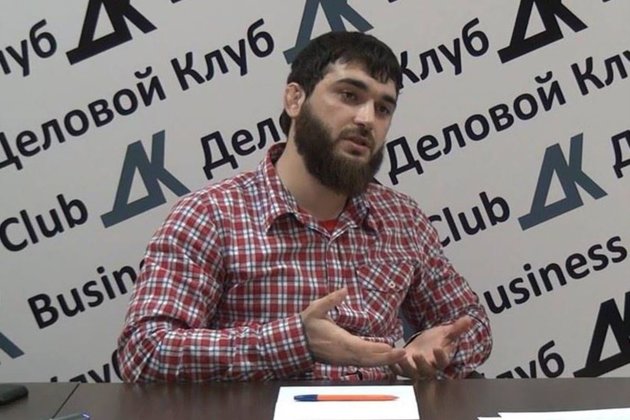 Three leading newspapers in Russia's North Caucasus region of Daghestan say they will show their support for journalist Abdulmumin Gadzhiyev, who was arrested on what they called 'trumped up' charges of terrorism, by publishing special front pages.

Following the example of Russia's Moscow-based top three business newspapers, which put out front pages to support detained investigative journalist Ivan Golunov, Gadzhiyev's paper and two other weekly newspapers in Daghestan, Svobodnaya Respublika (Free Republic) and Novoye Delo (New Cause), will publish their next issues on June 21 with a joint editorial on the front page under the headline 'I am/We are Abdulmumin Gadzhiyev.'

Gadzhiev, the religious affairs editor of the independent weekly Chernovik, was detained on June 14 on charges with financing terrorism. He was ordered held in pretrial detention for two months on June 18.

The charge against Gadzhiyev was based on testimony from another suspect, who subsequently said that police extracted his testimony by torture.

Investigators say that Gadzhiyev had sent money to charities allegedly involved in funding the Islamic State terrorist group and other militants -- accusations he and his colleagues have denied.

Chernovik has issued a statement on its website dismissing the charges and comparing the case with that of investigative journalist Ivan Golunov.

Golunov was arrested on June 6 in Moscow for allegedly attempting to sell illegal drugs. He was released on June 11 after the charges were dropped following a public outcry.

In its June 19 statement, RSF noted that a suspect who had testified against Gadzhiyev appeared badly bruised in court on June 18 and retracted his statement, backing up his claims that police used force to extract his testimony.

Police haven't responded to the allegations of torture.

'You cannot imprison a journalist on the basis of testimony extracted under torture,' Johann Bihr, the head of RSF's Eastern Europe and Central Asia desk, said in a statement. 'If the police are unable to produce any convincing evidence against Abdulmumin Gadzhiyev, they must free him at once and drop all proceedings against him.'

With reporting by AP