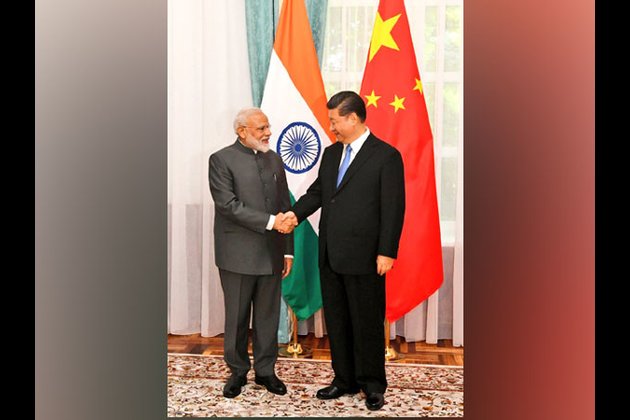 By Wang SiyuanBeijing [China], April 9 (ANI): At the Extraordinary G20 Virtual Summit held last month in the backdrop of COVID-19 pandemic, Prime Minister Narendra Modi urged the G20 leaders to come out with a plan putting the focus on human lives. He urged for a plan to reduce the hardships faced by economically weaker sections of the society, strengthening WHO and mitigating economic hardships.

The Prime Minister made the comments at a time when the world was facing fear about the outbreak of COVID-19 and its implications to the global economy.

To avoid the risk of being infected with the virus, many countries across the world, including India, chose to enforce lockdown. The respective governments asked their people to stay at home, the approach firstly adopted by Chinese government which then incurred harsh and unfair criticism from the Western media that termed it as "cost to people's livelihoods and personal liberties."Prime Minister Modi understood that the top priority is to save people's lives. Therefore, he took strict measures to fight COVID-19.

Under his leadership, the Indian government adopted rapid actions to control the spread of the virus. By reviewing the timeline and recognising the threat early, much before when China identified coronavirus as the causative agent on January 7, Indian Health Minister Dr Harsh Vardhan held its first joint monitoring mission.

India's Ministry of Health and Family Welfare and Ministry of External Affairs began preparing the evacuation of Indian students from Wuhan, days before the WHO declared coronavirus as "public health emergency of international concern".

Later, the Indian government deployed eight central teams to monitor the conduction of gram sabhas organised in 21 districts bordering Nepal and prohibited the export of N-95 masks and PPE. When 330 Indians finally arrived in India, a 50-bed critical care facility was set up at Safdarjung Hospital in Delhi for medical observation.

With such steps, Prime Minister Modi had successfully prevented the virus from spreading across Asia at a large scale. The number of infected people and the speed of the virus spread was at low level for some time. But soon after, some countries ignored the alert from WHO and reacted negatively over epidemic prevention and India became the victim of the countries' performance policy.

Prime Minister Modi decided to put people's lives ahead of the prevailing economic situation. Besides the lockdown, India's Group of Ministers (GoM) decided to suspend all existing visas and visa-free travel facility granted to OCI card holders. Meanwhile, the Ministry of External Affairs planned to evacuate Indian nationals from areas at high-risk such as Iran, set up a COVID-19 control room with dedicated 24x7 helplines, to take calls and respond to the concerns that were being raised among Indians all over the world on a regular and timely basis.

Different from leaders of some Western democratic countries, the Indian leadership under Prime Minister Modi has taken a series of tough measures to curb the spread of coronavirus instead of lying to the people that the virus is a "flu" or has "no danger". Such measures may be disapproved by the so-called "democratic values" in stereotypical Western media and politicians.

All countries must uphold solidarity and cooperation to achieve the final victory and protect life and health of all the people across the globe. In this spirit, India held a video conference of SAARC leaders on combating COVID-19 pandemic. New Delhi announced 10 million dollars as an initial offer of COVID-19 Emergency Fund for South Asian countries. When the city of Wuhan was under lockdown, the Indian government also provided 15 tonnes of medical supplies, expressing solidarity between the two nations.

During a telephonic conversation with Chinese Foreign Minister and State Councillor Wang Yi, Indian External Affairs Minister S Jaishankar emphasised that India does not approve of any labeling of the virus and asserted that the international community needs to send a positive message of unity, resolve and strength in this challenging moment. Those words and actions showed the responsibility as a rising power.

In the same spirit, as situation is getting better in China, Beijing has now been helping other affected nations. Since the COVID-19 outbreak, the Chinese government and people have waged a nationwide war against the virus.

The Chinese governments at all levels, armed forces and all relevant organisations and institutions have undertaken many actions under the leadership of President Xi Jinping. At the sacrifice of thousands of people's life, China controlled the outbreak of disease.

An editorial in a leading Indian daily titled 'China's Zero: On China's Lead in Containing Coronavirus' said the drastic measures adopted by China sharply reduced the chances of a rapid spread of the virus within the country and onward to the rest of the world. It gave Europe and the US the much needed time to take measures in preventing the virus from gaining a foothold.

After all, we should fight against the virus, not amongst ourselves living with a shared future. There is no doubt that the pandemic is reshaping this world. People, who keep ideological stereotypes and the Cold War mentality, did not believe that people irrespective of race, creed or colour, shared future which would be forsaken by time. By standing together, continuing to support each other and overcoming the difficulties, could we get rid of COVID-19.

Disclaimer: The views expressed in this column are strictly those of the author, Wang Siyuan from China Institute for Internatuonal Studies, a think tank under China's Ministry of Foreign Affairs. (ANI)