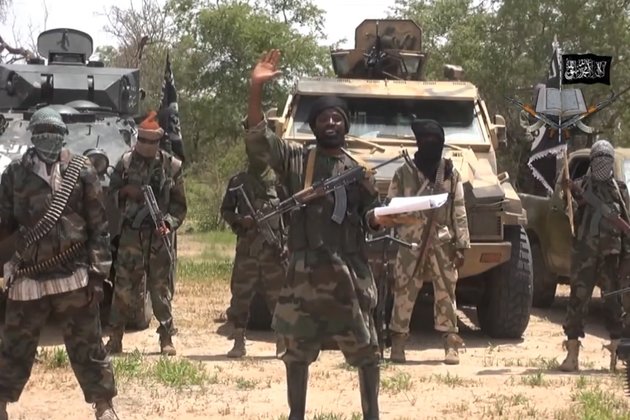 How Extremist Groups Are Reacting to COVID-19

In Nigeria, Boko Haram's leader has called it part of the "global war" against Islam. In Iraq and Syria, Islamic State leaders say it's punishment for "crusaders," at the same time Iran-backed Shiite militias hand out public health information and free face masks.

From Africa to the Middle East, Europe and other regions, the COVID-19 pandemic has led extremist groups to adopt a variety of responses as they try to shore up their positions and take down their enemies. Today, some groups call it a heavenly punishment against their opponents, others call it a global conspiracy, and a few see opportunities to recruit new members.

In Nigeria, Boko Haram leader Abubakar Shekau released an audio recording in April, describing the international response to the pandemic as part of a global war on Islam. Shekau rejected preventive measures such as social distancing, claiming that Muslims were protected from the coronavirus.

The U.N.'s peacekeeping chief, Jean-Pierre Lacroix, last month warned the Security Council that terrorist groups in Africa, particularly in the Sahel region, were attempting to "capitalize on the pandemic to undermine state authority and destabilize governments." For example, in March, insurgents in Mali kidnapped a main opposition leader while Boko Haram militants killed 92 Chadian forces.

In northern Mozambique, fighters linked to Islamic State (IS) carried out major attacks in two districts, killing dozens of civilians and forcing thousands to flee their homes. Last month, the group carried out a series of attacks across northeast Nigeria that killed over 100 people.

In Somalia, the al-Qaida-linked al-Shabab militant group may be the only extremist organization in the country that has acknowledged the spread of the coronavirus. Despite its continued attacks on civilian and government targets, the group has even announced forming a coronavirus prevention and treatment committee.

The most notorious Sunni extremist group in the Middle East, IS, has reportedly taken advantage of the pandemic to expand its militancy, particularly in Iraq and Syria.

In an audio message in late May, IS spokesperson Abu Hamza al-Quraishi encouraged IS members to increase their activities against the Iraqi government. Al-Quraishi in the message described COVID-19 as a punishment for "the crusaders," promising "great opportunities" for the diminished group.

In neighboring Syria, the U.S.-backed Syrian Democratic Forces (SDF) for weeks were forced to freeze some of their anti-IS operations to focus on the pandemic. The suspension enabled IS to increase its movement in Raqqa, Deir el-Zour and the Iraq-Syria border, according to the SDF chief commander, General Mazloum Abdi.

"Because of that reason, we recently launched a major operation against IS," Abdi told VOA.

Sadradeen Kinno, a Syrian researcher on Islamist militancy, told VOA that the HTS regards itself as a legitimate entity that is capable of governing. The outbreak, he charged, presents an opportunity for the extremist group to prove itself.

According to Kinno, some ultraradical elements within HTS initially opposed such measures, claiming that the coronavirus was Western propaganda. Those individuals, however, appear to have been silenced by the Islamist group, he added.

Shiite militants backed by Iran describe the disease as a "golden opportunity" to increase their grip on pockets in the Middle East, according to Sarhang Hamasaeed, the Middle East Programs director at the U.S. Institute of Peace in Washington.

Hamasaeed said Iran proxies such as the Popular Mobilization Forces (PMF) in Iraq are portraying themselves as the defenders of Shiite civilians against the lethal threat of the pandemic.

The move could be seen "as exploitative - a way to continue the justification for the PMF's existence and entrenchment, win over the public for political gains, and undermine the role and image of state institutions," he told VOA.

PMF in its Curbing the Pandemic campaign in April said 5,000 members had participated in a nationwide effort to fight the virus through "1,200 mechanisms." The group claims to have sterilized streets, donated blood, provided food to people and used its hospitals to host coronavirus patients.

"We have seen them, for example, in downtown engage in handing out masks and COVID-19-related safety instructions," Hazhar Rasheed, a Kirkuk-based correspondent with Iraqi Shafaq News, told VOA.

Another Iran-sponsored militia, Fatemiyoun Brigade, is reportedly using the lockdown to reach out to more Shiite followers.

The group consists of mostly Afghan immigrants in Iran who are recruited to fight in Syria on behalf of Iran and in support of the Syrian regime.

Iranian government TV aired footage claiming to show how the group turned textile factories into places for making masks and gloves in addition to distributing dietary packages among poor Syrians. Fars News last month quoted the group's members as saying that at least 100 sewing machines had been installed in Fatemiyoun bases in Syria to help produce masks and gloves.

Some observers warn that the continued movement of the militias from Iran as the epicenter of the pandemic in the Middle East to other countries could increase the risk of the virus spread. They say war-hit countries such as Syria, Yemen and Iraq remain particularly vulnerable.

Phillip Smyth, an expert on Shiite militarism at the Washington Institute for Near East Policy, told VOA that at least 11 cases of coronavirus had been confirmed among the PMF in Iraq, with one notable death, that of a commander in Asa'ib Ahl al-Haq's 43rd Brigade.

"In general, if you are dealing with any of the groups that have to be incredibly close to the Iranians and are still running operations with them and are still doing a lot of different activities, there is going to be a higher chance that they get their guys sick," Smyth said.

Some observers warn the militants could be using the pandemic as way to make a profit.

Tawfiq Hamidi, a human rights lawyer and head of the nonprofit group SAM for Rights and Liberties, based in Geneva, told VOA that Houthi fighters in Yemen have imposed taxes at a 2% rate on every humanitarian organization delivering aid to the local population.

"A number of humanitarian organizations stopped operating in Houthi-controlled areas because Houthis want to control the distribution of aid and health care," said Hamidi, adding "aid packages meant for distribution among people in need are sold in shops or taken to military posts."

In Afghanistan, the Taliban have disregarded repeated calls from the government for a cease-fire and have instead increased militant actions.

The group in early April said it could temporarily suspend fighting in the areas it controls if they were hit by the virus. It has since reportedly closed schools and welcomed the operation of international health organizations in pockets it controls.

Local media outlets have reported that the Taliban's top leaders could be infected with the virus, a claim rejected as "fake" by the group's spokesperson, Zabihullah Mujaheed.

Jamaluddin Jabarkhil, a 40-year-old Afghan from the Hesarak Ghaljai district of eastern Nangarhar, told VOA that Taliban fighters coming to his village stay at a distance from each other as a protection measure.

"As everyone else, they keep distance in mosque during their prayer," Jabarkhil said.

By refusing to allow government health teams to operate in their areas, the Taliban militants hope to use the global pandemic to engage with international aid organizations as an alternative, according to Andrew Watkins, a senior Afghanistan analyst at the International Crisis Group.

The Taliban, he said, are "taking advantage of flaws, weaknesses or the problems in the Afghan government's response to the pandemic."

In neighboring Pakistan, the Tehreek-e-Taliban Pakistan (TTP) in an early May statement, "Coronavirus or Virus War," claimed the virus was a part of a Jewish conspiracy to gain global dominance. The group has recommended using Islamic remedies and sharia compliance on travel to and from areas inflicted with the pandemic.

In India-administered Jammu and Kashmir, Hizbul Mujahideen (HM) has claimed the pandemic was "inflicted by God" and has advised followers to comply with social distancing guidelines.

"It was a surprisingly reasonable statement asking people to avoid public places like parks, stadiums and ask kids to not play in open fields in rural areas," said Khalid Shah, a New Delhi-based Kashmir expert with the Observer Research Foundation.

The IS-Indian Subcontinent has called for increased attacks against Indian targets, however. The group's "Voice of Hind" magazine alleged in April that COVID-19 "is a punishment sent by Allah on whom he wished, and Allah made it mercy for the believers," according to the SITE Intelligence group.

Various white extremist groups across the United States, Europe and Russia are reportedly using the fear and disruption during the outbreak to conduct violence and bolster their agendas, according to government officials and experts.

In late March, the FBI said it shot dead a Missouri white supremacist plotting to bomb a hospital with coronavirus patients inside.

Far-right extremists in April were also accused of hacking into computers and publishing nearly 25,000 email addresses belonging to key organizations fighting the coronavirus pandemic, including the World Health Organization, the U.S. National Institutes of Health and the World Bank.

In Europe, the EU's counterterrorism chief, Gilles de Kerchove, warned that white extremist groups have been spotted online encouraging supporters to go out and infect "enemies," according to Reuters.

Similarly, the far-right "Russian Imperial Movement" on social media has encouraged its sympathizers in Russia and around the world to disrupt "the mass quarantine."

By blaming the pandemic on Jews, Asians, and immigrants, the white supremacist groups are attempting to stir racial conflict, according to Jessica Reaves at the Center on Extremism at Anti-Defamation League.

"Most of the pandemic-related activity we've seen from white supremacists has been online - posting conspiracy theories and racist, anti-Semitic comments - but some groups increased their flyering efforts during the height of COVID-19," Reaves told VOA. 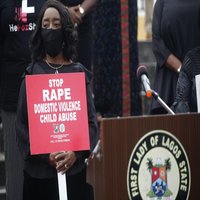 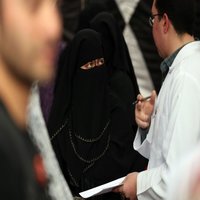 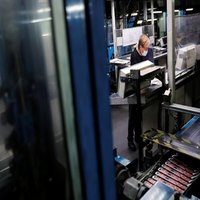 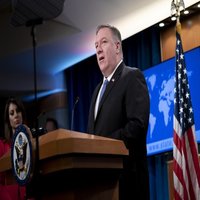 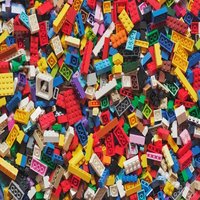 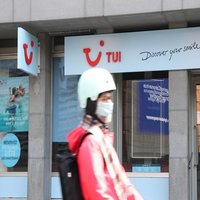 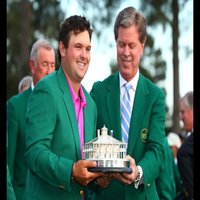