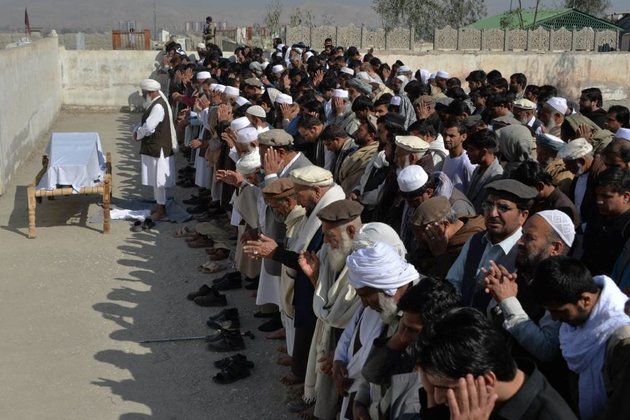 It was Mursal Wahidi's dream job, landed right after finishing her studies in journalism - working at a local TV station in her home city in eastern Afghanistan.

This week, the 21-year-old left the office for the day and walked home. She only made it a few steps. A gunman shot her point-blank in the head and chest.

At about the same time, two of her co-workers, 21-year-old Sadia Sadat and 20-year-old Shahnaz Raufi, left work together, jumping into an auto-rickshaw.

When they got out close to their homes, gunmen in another rickshaw that had been following them opened fire, killing both women and wounding two passers-by.

Afghan judges, lawyers and activists have also been singled out in a wave of assassinations since the US signed a peace deal with the Taliban a year ago.

Pleaded for an end to the deaths

The killings have escalated since peace talks between the Afghan government and the Taliban began in Qatar in 2020, though the negotiations have stalled.

On Wednesday, funerals were held for the three women, who worked for Enikass Radio and TV in the city of Jalalabad.

They dubbed popular and often melodramatic dramas from Turkey and India into Afghanistan's local languages of Dari and Pashtu.

Friends and family gathered at the funerals in Jalalabad, where men took turns digging fresh graves with a shovel as others pleaded for an end to the deaths.

Rohan Sadat described his sister Sadia as "shy but active" who was also passionate about fighting for women's rights and had planned to attend university and study law.

"We have buried her with all her hopes here," Sadat told the AFP news agency.

Another colleague at Enikass TV who spoke on condition of anonymity said the station was reeling from the murders, saying the three victims were like "family".

"Three innocent girls were shot dead in the daylight in the middle of the city. Nobody is safe anymore," said the colleague.

In December, Malala Maiwand, another female employee working for Enikass TV, was murdered in Jalalabad in similar circumstances.

Wahidi's father said he had implored her to quit her job after Maiwand's killing but she refused, as she loved her work fiercely.

"Journalism was her life's dream, she studied and was living her dream," Wahidullah Khogyani told The Associated Press (AP) news agency. He said he did not think that she had received any threats - but if she did, "she was hiding it."

Afghan officials claimed they arrested the killer of the three, identifying him as Qari Baser and insisting he was a Taliban. Police did not explain how the man could have carried out two near-simultaneous attacks so far apart.

The coordinated killings of the three women were the latest in a bloody campaign against journalists in Afghanistan, a country that was already considered one of the most dangerous places in the world to be a journalist.

In just the last six months, 15 journalists and media workers have been killed in a series of planned killings.

The killings have spread fear among Afghanistan's journalist community, prompting some to stop working, flee or self-censor to avoid angering the armed fighters or government officials, who have threatened journalists reporting on killings of civilians by government forces.

The fear is even worse because the perpetrators remain mysterious, a sign of the country's fracturing security situation even as peace negotiations try to gain a foothold.

Zabiullah Doorandish, who works for a local TV channel in Kabul, said the false information flying around, including from the government, only fuels speculation.

Some "start to think maybe there are groups inside the government that are targeting media", he said.

Doorandish, who often covers corruption, violence and human rights violations, was hit by a roadside bomb attack in May. He survived, but two colleagues were killed. Now he is afraid every time he steps out of the house, he said.

Taliban spokesperson Zabihullah Mujahid denied it had any role in the killings of the three women. The group blamed the government for the slayings, saying it wants to undermine the peace process. 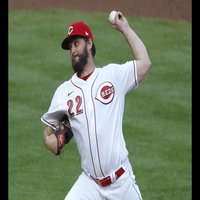